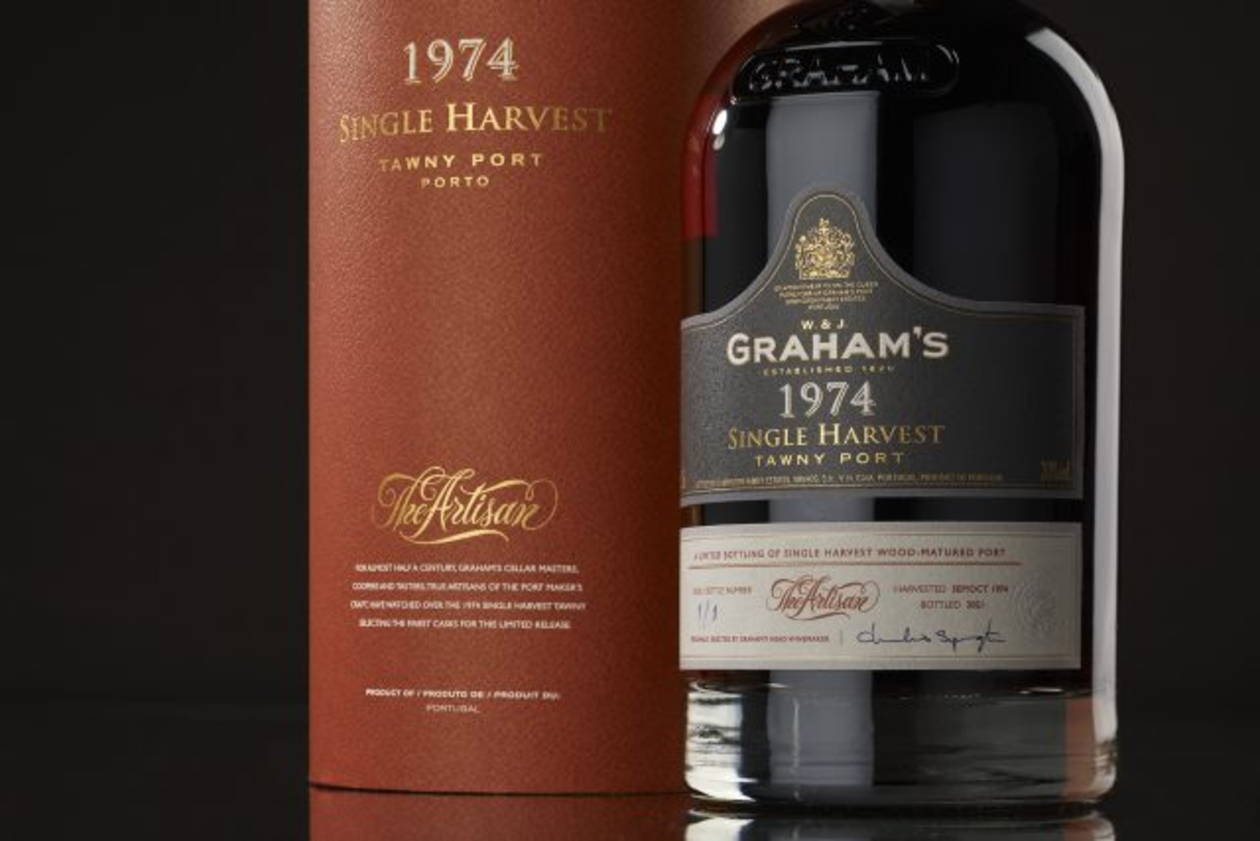 1974 was a pivotal year for Portugal. On the 25th of April, a military-led coup overthrew the dictatorship which had governed Portugal for half a century. The subsequent social and political tensions created much uncertainty throughout the country. While Port producers in the Douro Valley faced the 1974 harvest with some trepidation, their concerns were largely unrealised. Michael Symington, 3rd generation Port producer, wrote in his harvest notes, dated October 1974: “here all has been very peaceful and many report one of the happiest “vintage atmospheres” for many years.” On the wines themselves, he noted: “the overall 1974 port wine vintage must prove to be one of the best for many years.”

Due to the subsequent turbulent political climate the Symington’s chose not to bottle any Vintage Port from this year, instead setting aside the very best wines for long-term aging in seasoned oak casks under the watchful eye of successive Graham’s cellar masters, coopers and tasters until deemed to be at their peak.

PROVENANCE · GRAPE VARIETIES The Graham’s 1974 Single Harvest Tawny, originating almost entirely from field blends in the Malvedos vineyard, has reached us in outstanding condition and Charles has selected the finest casks for bottling, almost half a century after the wine was made. STORAGE · SERVING · FOOD PAIRING Graham’s 1974 Single Harvest pairs perfectly with creamy or nutty desserts or savoured on its own as a dessert in its own right. Serve chilled and consume within 6-8 weeks of opening. TASTING NOTE Coppery centre with a pale bronze edge. The broad range of aromas reveals sultanas, quince preserve and a combination of subtle caramel, vanilla and ginger notes. The palate is silky and sensual, with a zest of soft, tingling tannins which continue to underpin the structure and the wine’s vitality. The long finish provides reminiscences of peppery spice, tea leaf and thyme.